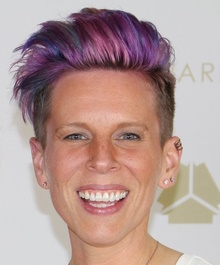 Middleton is a wonderful community with a plethora of thriving businesses, commercial enterprises and is home for over 17,000 residents.

What started on the shores of Lake Mendota as a fur-trading post in the early 1800’s evolved into “Middleton Station” when the railroad from the Mississippi River shipping docks to Madison came right through the area. Businesses and homes were built around the old depot and in 1856 the area was surveyed and platted. The village of Middleton (dropping the “Station”) incorporated in 1905 and it became the City of Middleton in 1963.

Residential developments cropped up in all four corners of Middleton but the city planners were careful to preserve about 25% of the land within city limits to open spaces comprised of 22 parks and 25 conservancy areas covering 1,100 acres. Predominant among those is Pheasant Branch Conservancy, offering woods, springs, bike and walking trails, and mounds built by the Algonquin tribe.

Middleton, Wisconsin also offers every kind of shopping and dining experience.  Downtown is full of eclectic boutiques; there is the Greenway Station retail center; and even Costco. Restaurant options abound and cover many cuisines — from taverns to bistros to white-tablecloth.

Civic facilities include an award-winning public library, expanded senior center, a Performing Arts Center that rivals most, and the 27-hole Pleasant View golf course. The Middleton School District is very highly rated, and is proactive in keeping the facilities current and modern.

While the city of Middleton has grown to be a large community, it still maintains the feel and philosophy of its long-standing alias – “The Good Neighbor City.” It was nationally recognized by Money Magazine as the #1 “Best Place to Live” in America in their 2007 survey of cities with a population of 7,500 to 50,000 residents. No matter from where you come, you will feel at home here!

Let’s take a closer look at this community.

Contact me to talk about all the opportunities in this area.

Homes for sale in Middleton:

First Weber Realtors is the most comprehensive source for Wisconsin and Upper Michigan real estate.

First Weber Realtors is headquartered in Madison, WI and has more than 70 office locations and nearly 1,400 real estate professionals serving Wisconsin and Upper Michigan, and with services available in Minnesota.